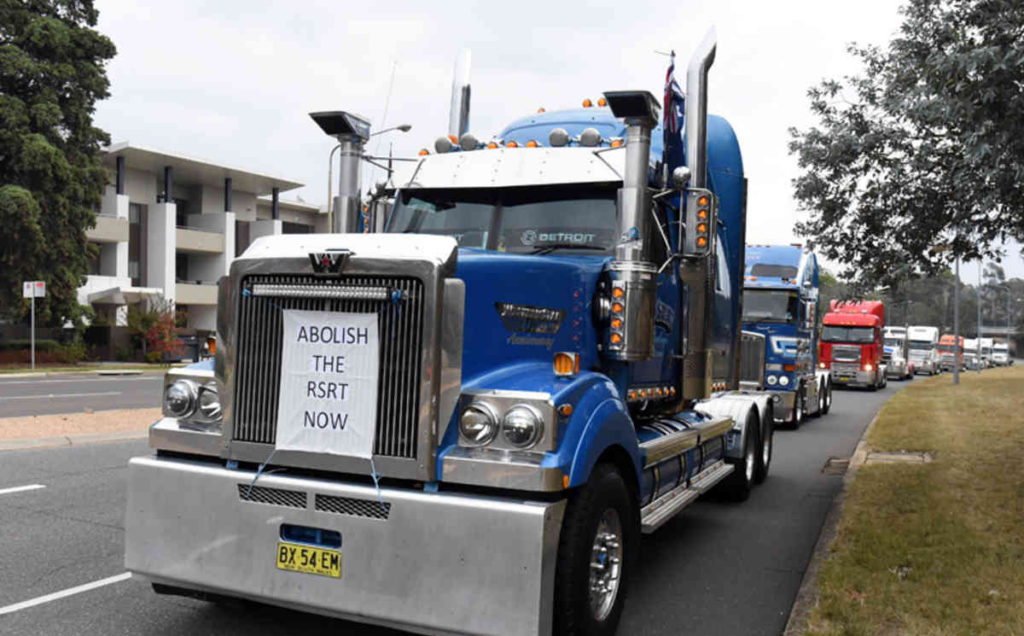 The federal government will abolish the Road Safety Remuneration Tribunal (RSRT), after legislation to axe the controversial body passed the Senate [Monday] night.

After two hours of debate, the legislation passed the upper house 36 votes to 32, with all of the crossbench senators, apart from Ricky Muir from the Motoring Enthusiast party, voting in favour of the repeal bill, according to Sky News.

The vote followed an earlier debate about the Australian Building and Construction Commission, with the Senate voting down legislation to –re-establish the commission and thereby handing Prime Minister Malcolm Turnbull a double dissolution trigger.

According to Fairfax, just hours before the RSRT legislation was due to be debated in the Senate, the tribunal had indicated it would be willing to consider delaying the introduction of minimum payments for owner-operator truck drivers until next year.

Originally due to come into effect on April 4, the payment regulations would have meant owner/drivers would be required to charge a minimum rate for all freight, including backloads.

The government had indicated it would legislate to freeze the new pay rates until 2017 and abolish the RSRT if re-elected but instead decided to fast-track the abolition of the tribunal.

When introducing the legislation to the Senate, Christopher Pyne, the government’s leader of the house, said it was not possible to “wait any longer for this mess to be sorted out”.

“We must stop this act of economic vandalism – there are real families suffering real stress and financial ruin,” he said.

Australian Small Business and Family Enterprise Ombudsman Kate Carnell welcomed the outcome of the vote, saying in a statement this morning confidence has been restored for owner-drivers.

“Common sense has prevailed with the passage of the Road Safety Remuneration Repeal Bill,” Carnell said.

“Mum and dad owner-drivers around the country are this morning breathing a collective sigh of relief; they can now confidently get back on the road and on with the job of keeping their small businesses running, within a fair and competitive market.”

Peter Strong, chief executive of the Council of Small Business of Australia, told SmartCompany [Tuesday] morning the scrapping of the tribunal is “really good news”.

“The tribunal has shown itself to be detached from reality with the way it behaves and treats businesses,” he says.

“Its decisions and orders were unachievable.”

During a press conference this morning, Prime Minister Malcolm Turnbull said abolishing the tribunal will save “tens of thousands of jobs”.

“Politicians talk about jobs, we all should, but we should also deliver,” he said.

“What we delivered yesterday with the abolition of the RSRT was the saving of tens of thousands of jobs, mum and dad businesses [and] owner-drivers.”  (SOURCE: SmartCompany, 18.4.15)