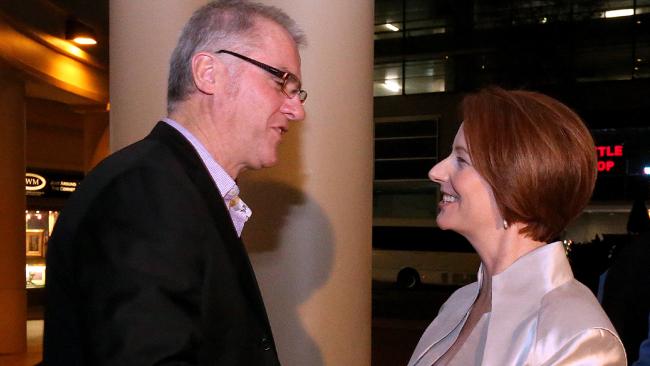 The Transport Workers Union was paid $220,000 out of taxpayer funds to raise awareness of the Road Safety Remuneration Tribunal in a deal overseen by the former workplace relations minister Bill Shorten after the union successfully lobbied federal Labor to set up the body.

The payment to the TWU to devise an “education and communication strategy” came in 2013, a year after Julia Gillard set up the tribunal, which now faces abolition by the Turnbull government.

Malcolm Turnbull is today expected to introduce into parliament legislation scrapping the tribunal after addressing a rally of truck owner-drivers in Canberra yesterday, where he branded the tribunal a “rotten deal” between the former Labor government and the TWU under the “pretext of safety”.

The Fair Work Ombudsman, a government agency, was given a $5.4 million budget to establish the tribunal’s “education and compliance” activities. It made the $222,224 payment to the TWU and paid a similar sum to an employer group, the Australian Road Transport Industry Organisation.

However, while the ARTIO produced 10,000 booklets publicising the order under its contract, the TWU has so far failed to deliver solid results.

The Australian has learned that almost three years after the TWU contract was scheduled to begin, a smartphone app to inform users about the role of the tribunal is almost ready to be launched. A TWU spokesman said its tribunal app would be “ready for launch in the next few weeks”, once approved by the Ombudsman.

A spokesman for the Ombudsman was unable to say if the contract was awarded in a competitive process or to confirm when the app was originally intended to be delivered. It is likely to never be put to use, with most crossbenchers understood to support the legis­lation, which is likely to pass a vote in the Senate as early as this week.

A spokesman for the Opposition Leader confirmed that under Mr Shorten, “some funding was provided to both employer groups and unions for truck-safety awareness campaigns … With a fatality rate 12 times the national average, raising awareness of truck safety issues is critically important”.

The tribunal is at the centre of a political storm after issuing an order for truck owner-drivers to charge higher minimum rates, which the industry says will price small businesses out of the market.

More than 200 owner-drivers were in Canberra yesterday and looped around Parliament House to protest at the new pay rates and turn up the political pressure on the Senate to axe the tribunal.

Flanked by Deputy Prime Minister Barnaby Joyce and Employment Minister Michaela Cash, Mr Turnbull later told the drivers the tribunal “was always simply a recruiting effort for the Transport Workers Union … what the Labor Party has sought to do is to put you out of business”.

Mr Shorten’s refusal to back legislation to abolish the tribunal amounted to “doing the bidding of the big unions”, Mr Turnbull added. Mr Shorten said yesterday Labor supported a deferral of the new pay rates until next year.  (SOURCE: The Australian, 18.4.16)