Gabrielle Knowles and Grant Taylor – The West Australian on May 31, 2016 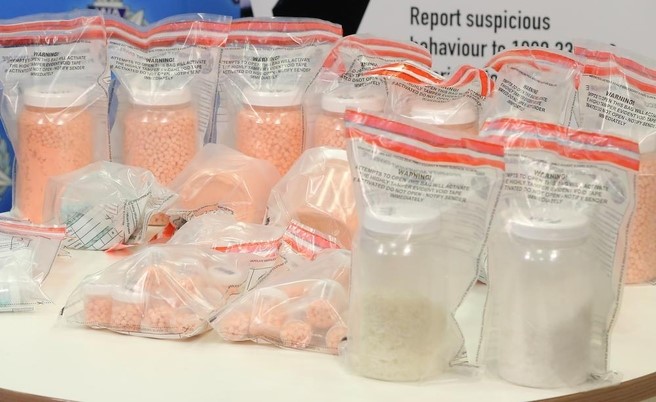 A CCI report claims at least 220,000 Australian workers use methamphetamine.

In the grip of an ice-fuelled rage, the man stormed into his former workplace wielding a gun and demanded to speak to the HR manager about why he had been sacked.

The firm’s HR manager bravely came out to discuss it, telling him that weeks of failing to turn up to work without any explanation was the main reason.

But seeing him exposed on a TV current affairs show being arrested for drug offences was another.

His threats not working, the former employee then tried to bribe the HR manager with a bag of ice, the Chamber of Commerce and Industry claimed.

The incident is just one of the harrowing stories the CCI has been hearing from its members on a weekly basis as they grapple with WA’s ice epidemic.

Evidence of the need for action is mounting, with the CCI set to release a report today revealing that at least 220,000 Australian workers use methamphetamine and that it has seen a spike in calls to its business helpline for advice about drug-affected employees.

The CCI investigation includes graphic accounts from both employers and workers about how the “insidious” drug is ruining lives and affecting safety on the job.

A computer programmer and property developer revealed he eventually lost his career after his “social” habit of smoking ice with friends became a full-blown injecting addiction.

He said people who claimed to be able to manage their drug use were playing “Russian roulette with their lives” because he thought he could easily stop using until he actually tried to quit.

“In the last nine months of my addiction, before I hit rock bottom and sought help, I went through $350,000 cash and about $1 million of opportunities,” he said.

But it is not just employees struggling with the drug.

A trucking company owner said he, like many in the industry, started using ice to stay awake on long drives but soon developed a $5000-a-week habit that almost cost him his business.

He started dealing drugs to fund his addiction.

“But I was using so much that it became hard to deal. I used it all,” he told the CCI. “I developed a serious anger problem and that made a huge impact on my family and my work.”

While many workplaces drug-test employees, some addicts claim the systems are not foolproof.

One man in a management position told the CCI of his ability to cheat the system by being “friendly with the right people” who warned him of upcoming tests.

He even claimed he had a connection inside the drug-testing company his employer used and he would stop using the drugs for a few weeks beforehand or have an “off-site appointment” when testers arrived.

The man claimed if he ever had to take a test and failed, he would deny all knowledge, suggest the samples had been mixed up or that his drink might have recently been spiked.

“Given my track record of delivering large commercial projects, I think I would have the backing of my senior management to have the testing facility prove otherwise,” he told the CCI.

One of WA’s biggest employers, Fortescue Metals Group, believes employers should be able to go further and provide details about drug use to police.

FMG chief executive Nev Power told the CCI he was frustrated that businesses were prevented from sharing information with police that could help their efforts to cut supply by better understanding distribution networks.

He urged all businesses to take a zero-tolerance approach to drugs in the workplace but also provide users with access to support services.

FMG has a zero-tolerance towards use or possession of illegal drugs and does random testing at all its sites.

If an employee voluntarily admitted to a drug problem, they were placed on leave and offered support services and must provide a negative drug test before returning to work, Mr Power said.

“Illegal drugs, particularly ice … are destructive to families, corrosive to communities and potentially lethal in the workplace,” he said.

“The health and safety of our families, our communities and our workplaces depends on all of us taking a strong, united stand to rid society of illegal drugs.”