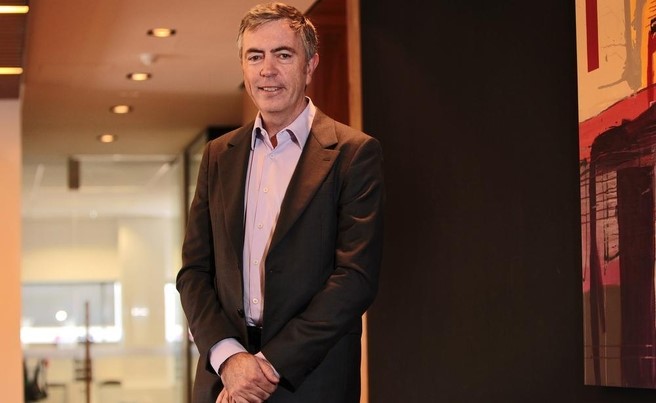 The head of the country’s biggest mortgage broker has questioned the State Government’s support for the broader WA business community, suggesting there is little “love” shown for non-mining companies.

Speaking on the first anniversary of Australian Finance Group’s stock market listing, co-founder and managing director Brett McKeon says there is insufficient recognition and encouragement from the Government for home-grown businesses outside mining.

“We’d like to see more support from our State Government,” Mr McKeon said. “We’d like for them to talk to us, to acknowledge we exist,” he said.

While payroll tax remains a bugbear of WA business, Mr McKeon’s criticism is focused on what he perceives as a lack of engagement by the Government. He cited a visit to his West Perth office some years back by the now-NSW Premier Mike Baird, who tried to entice AFG to relocate to his own State.

“How refreshing to have a politician who acknowledges that your business exists … and is trying to help you grow, and create more jobs for his own State at the expense of another,” he said.

“In this State, if you’re a miner there’s a lot of love in the room, but if you’re anything else, there’s not enough.”

Mr McKeon said the job-creation policies of the Government and Opposition were “too narrowly focused”. “They should be trying to encourage businesses like us to grow and stay here.”

Founded in 1994, AFG offers more than 1400 loan products from 40 lenders through its 2600 affiliated brokers, processing billions in finance each month.

Last year’s $122 million initial public offer was the State’s biggest non-resources float in 10 years and included a sell-down by Mr McKeon, his co-founders and other existing shareholders, including Macquarie Group, Allianz and Tower.

AFG was well prepared for life on the bourse, with an established history as a public company and well-grounded corporate governance structures.

Nonetheless, Mr McKeon said he had, at times, felt “the weight of the prospectus … the legal liability and the weight of (more) shareholders”.

Financially, the company has bettered expectations, exceeding its prospectus profit forecasts for the 2015 and 2016 financial years. The shares are trading below their issue price of $1.20, closing at $1.02 yesterday to capitalise AFG at $219 million.

Mr McKeon cited a challenging environment which has included the Australian Prudential Regulation Authority crackdown on investor mortgage lending and uncertainty around negative gearing. “You’re also earning your stripes, people don’t know you,” he said. “You have to be in the market for a while, proving you can deliver.”

The business, he said, continued to perform well. The mortgage-broking side, particularly in NSW and Victoria was “going very strongly”, with AFG’s own home-branded loan business on track to hit its prospectus target of 3.8 per cent of total loan volumes by June 30.

The big lift has come from AFG’s commercial lending business, with loan volumes up 35 per cent on the same time last year. Demand was driven by small to medium enterprises that saw brokers offering a more varied risk-weighted product and better service than banks.

Escrow restrictions put in place around the float expire with the release of AFG’s annual results in August. Mr McKeon, who holds 9.9 per cent, said he was not a seller.