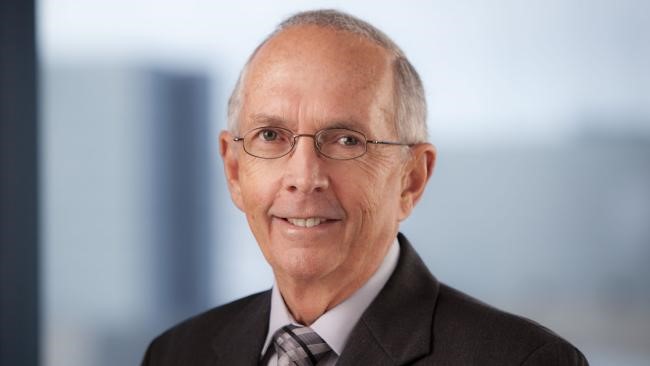 Former Queensland Labor treasurer Keith De Lacy: ‘This is the most anti-business policy I’ve ever seen federal Labor put to an election’.

Bill Shorten’s claim that the opposition has “excellent relations” with corporate Australia has been dealt a sharp blow, with former Queensland Labor treasurer Keith DeLacy decrying the party’s stance on tax cuts as “the most anti-business policy I’ve ever seen federal Labor put to an election”.

As Labor continues its attack on the Coalition’s plans for $48.2 billion in business tax cuts, Mr DeLacy, an experienced director who has chaired companies such as Macarthur Coal and Cubbie Station, took aim at Labor’s rhetoric.

“This is the most anti-business policy I’ve ever seen federal Labor put to an election,” the Goss government treasurer from 1989 to 1996 told The Australian.

“And it’s not just the policy. It’s the language. The way it splits out the top end of town leaves business in no doubt that they are the enemy.”

Mr DeLacy’s comments came as NSW Business Chamber chief executive Stephen Cartwright declared he did not think “the ALP have a clue about what small businesses really need from their pol­itical leaders”.

Former ANZ Bank chairman John Morschel joined the fray, warning that Labor’s approach could “take the country down a very dangerous path, which is big-spending”.

Minerals Council of Australia chief executive Brendan Pearson said Labor’s handling of the debate on company tax cuts was a “clear departure” from the approach of the Hawke and Keating governments that took the company tax rate from 49 to 36 per cent.

“To be frank, Labor’s approach to the company tax debate has been very disappointing,” Mr Pearson said. “The strident anti-business tone of some of the opposition’s rhetoric over recent months has also been surprising, given the consultative approach that has characterised most of the last three years.”

“This election is about choices and whilst Mr Turnbull and the Liberals are determined to give a $50bn tax handout to big business, a government I lead will invest in skills and education to ensure Australia has the workforce we need for the coming decades.

“Labor has great relationships with business in Australia but the key difference between my team and Mr Turnbull’s Liberals is that we work with business, not for business.”

Business is rallying more loudly behind the corporate tax cuts at the heart of the Prime Minister’s election pitch.

The forrmer Business Council of Australia president Tony ­Shepherd said the company tax cuts would be an incentive for business investment at a time when a softening would undermine growth. “Lowest ever interest rates are not working and 18 per cent pay rises in building are not helping.”

Business is also concerned about the cost of Labor’s election policies, with Mr Morschel saying “the last thing we need is the debt burden to grow”. “I think the Labor Party is proposing to take the country down a very dangerous path, which is big spending,” he said.

“Eventually that will lead to big taxing, which will slow business, and so I think it’s extremely dangerous.”

Warnings have also been issued that Labor’s attack on corporate tax cuts is pitting small business against big business. Labor wants company tax cuts confined to businesses with turnovers of up to $2m.

Mr Cartwright said “Bill Shorten is basically being cute by saying he will happily support tax cuts for small business, but his definition of small business is really micro­business”.

While Mr Cartwright’s group is the biggest and most representative in a state that comprises one-third of the national economy, “so far we have not had any approach from the Opposition Leader”, he said. “We’ve had some interaction with the shadow treasurer, Chris Bowen, and some interaction with other shadow ministers, but in terms of the leader’s office, nothing,” Mr Cartwright said.

“ I don’t think the ALP have a clue about what small businesses really need from their political leaders.”

“And it misses the main point — and that is that a company tax cut brought in a staged way over 10 years will overwhelmingly benefit households and family.”

Business Council of Australia chief executive Jennifer Westacott said business was the major driver of economic activity and jobs. “To present the community with a false dichotomy that it’s growing businesses or paying for education and health is very unhelpful, when in fact we need a strong business sector to increase the rate of economic growth, which will in turn provide revenue to fund vital services such as education and health,” Ms Westacott said.

“We also need business to ­create the jobs that an educated population can get access to.”