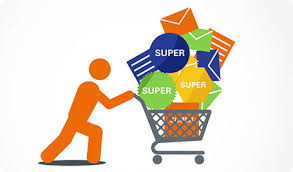 The federal government’s proposed changes to superannuation will be the hot topic at the annual conference of the Self-Managed Super Fund Association, which gets under way in Melbourne today.

Self-managed super funds now make up the biggest single segment of the $2 trillion superannuation market, with assets that have tripled in size over the last decade to $621 billion, or 30 per cent of the total.

More than a million Australians now have a self-managed super fund.

While the government has ­argued that its super changes, which come into operation from July 1, affect only the wealthy end of the market, the bulk of the weight of the changes affect the SMSF end where there are larger average super balances and a highly engaged member base, which did have plans to put a lot more into their funds.

New measures announced last year by the government will put a cap of $1.6 million on the amount that people can have in a tax-free super account from July 1 this year in pension mode.

Any additional money already in super above this will be hit by a 15 per cent tax on earnings.

There will also be a major cut back in allowable contributions to super on a post-tax basis, down from $180,000 a year to $100,000. But this cuts out altogether once a person’s super balance hits $1.6m.

The SMSF sector is the one most closely considering how to cope with the changes ahead.

“Super fund members are now turning their attention to what strategies they need to undertake to comply with the changes. They need to be able to turn to their specialist advisers and be confident they are getting the right ­advice,” she said.

She cited the key issues for SMSFs as complying with the new $1.6m transfer balance cap, the ­removal of tax concessions for transition-to-retirement pensions and capital gains tax relief for ­assets affected by the changes.

For those with super balances above $1.6m who are in pension mode, the next few months will be a time of transition, working out how to cope with the changes.

The government has been ­itching for some years to crack down on the super tax concessions. But the real impact of the changes has yet to play out.

On the one hand, mandatory super requirements ensure that 9.5 per cent of the national wage bill goes into superannuation every week, increasing the total inflow.

But the combination of the big cutback in allowable contribution levels, the stricter tax regime of super above $1.6m and a shaken confidence in the future tax ­regime around super will seriously cut into the extra money people had been putting in super.

Some people approaching retirement were taking advantage of the ability to put as much as $540,000 in post-tax dollars in one hit (representing three years of $180,000), moving money from property sales or even the sales of a business into their fund.

Figures produced by APRA last year, and comments from companies such as AMP with a heavy exposure to the market, showed a sharp drop-off in the growth of discretionary contributions to super post the May ­budget.

There were two factors at play here.

The budget night announcement of an instant limit of $1m, which could be put into super on a post-tax basis, dating back to 2007, and the lack of confidence in super for those at the top end from the shock announcements on budget night.

In November, the government responded to criticism by dropping the $1m cap, allowing people to continue to put in $180,000 a year or $540,000 (to cover a three-year period) until June 30 this year.

This may well see a flood of new money going into super ­before June 30 as people have one last chance to take advantage of this regime before it goes down to $100,000 a year, cutting out ­altogether when the fund hits $1.6m.

Given this, the real impact of the budget changes on total flows into super cannot be judged until the new financial year but the changes will involve a significant dampener on its long-term growth.

Those with larger super ­balances, many of whom will have SMSFs, have already started ­looking at alternatives including investment properties.

One of the sessions at the ­conference will be a debate titled “Can super be trusted?”

Many of those with SMSFs will be among the forefront of Australians now voting with their pocket book on that very question.