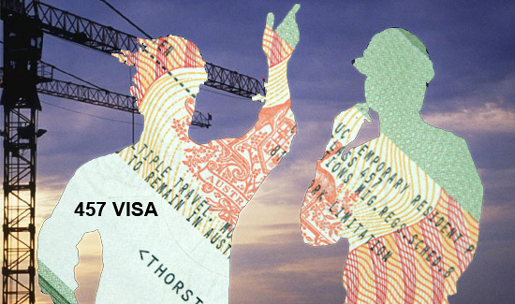 A federal proposal to allow businesses to import specialist workers for up to a year without getting a 457 visa has been abandoned as the government focuses on other options to overhaul skilled migration visas to boost competitiveness.

But The Australian understands that a controversial “short-term mobility visa”, flagged in a December 2014 Immigration Department proposal paper, is no longer on the table.

Unions had opposed the visa, fearing it cut protections for workers and allow employers to bypass labour market testing and English language proficiency requirements. Business groups had welcomed the proposal as allowing them to avoid bottlenecks in getting visas.

However, department officials are focused on reforms to simplify the framework for getting the visas.

Immigration Minister Peter Dutton said his department had done a “significant” amount of consultation on “developing options to reform the skilled visa system to ensure that it is best placed to support Australia’s economic future”.

“The government understands that the current skilled migration and temporary activity visa programs are difficult to navigate,” Mr Dutton said.

“We are committed to smarter regulation in this area, improving integrity in our visa programs and increasing the contribution of skilled migration to Australia’s productivity and economy.”

The department has told a Productivity Commission inquiry into migration that it was working on “significant” reform of the skilled migration and temporary activity visas that are “expected to improve Australia’s competitiveness and ability to attract highly skilled migrants”.

The new framework includes visa access for entrepreneurs, a move in line with Malcolm Turnbull’s promise of an innovation boom through a $1 billion blueprint that encourages highly skilled workers to travel to Australia.

It will also target graduates in fields where a future need for workers has been identified and simplify the processes for companies sponsoring workers.  (SOURCE/EXTRACT: The Australian, 18.4.16)