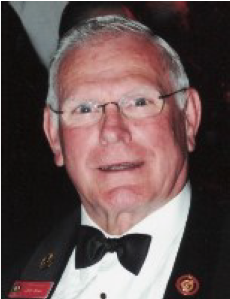 LIBS ELECTION PROMISES: “The Liberal Party on [Wednesday 15.2.17] committed to $80 million worth of land and payroll tax cuts it said would put money in the pockets of 11,400 businesses and 20,000 property owners.” (See report below).

Whilst CoSBA and small business in general would welcome any relief and assistance that a government grants, we would suggest that the increases in payroll and land taxes, generally speaking, only address bracket creep.

Whilst we also welcome the “$4 million worth of small business technology grants”, however we reserve our judgment until we are appraised of the criteria for the grants, including: who are eligible, how are they to be administered and by whom, and how much of the cost of administering the grants be soaked up by the bureaucracy, and after that how much will be left for small business?

ABCC: “The ABCC changes — passed in the Senate last night [15.2.17] — reduce from two years to nine months the period of grace granted to companies before they must comply with a strict, new building code in order to win work on federal projects.”

“If you were in any doubt about the need for the re-establishment of the Australian Building and Construction Commission and the ­associated code that applies to Australian government projects, all you need to observe is the desperate and outrageous behaviour of the officials of the Construction Forestry Mining and Energy Union.”

“This behaviour, initially des­cribed as “overreach” by Senator Xenophon, is now the basis of defamation action initiated by him against the CFMEU. To underline the fact that he is not impressed, he labelled the CFMEU’s campaign as not just “post-truth but dishonest, devious, misleading, mischievous, manipulative, aggressive, unethical and — dare I say it — corrupt”. That pretty much covers it.”

Yes it does indeed, without the need for anything else to be said, except to say this is a major victory for the taxpayer and importantly for the many small business contractors engaged in the building and construction industry.

Ken Phillips, CEO Independent Contractors Association will speak on the new Building and Construction Code of Conduct, recently introduced by the WA Government, at the WA Club on Wednesday 22 February 2017. Persons interested in attending can book by emailing the WA Club on: events@waclub.com.au, or calling on: 9481 7000.